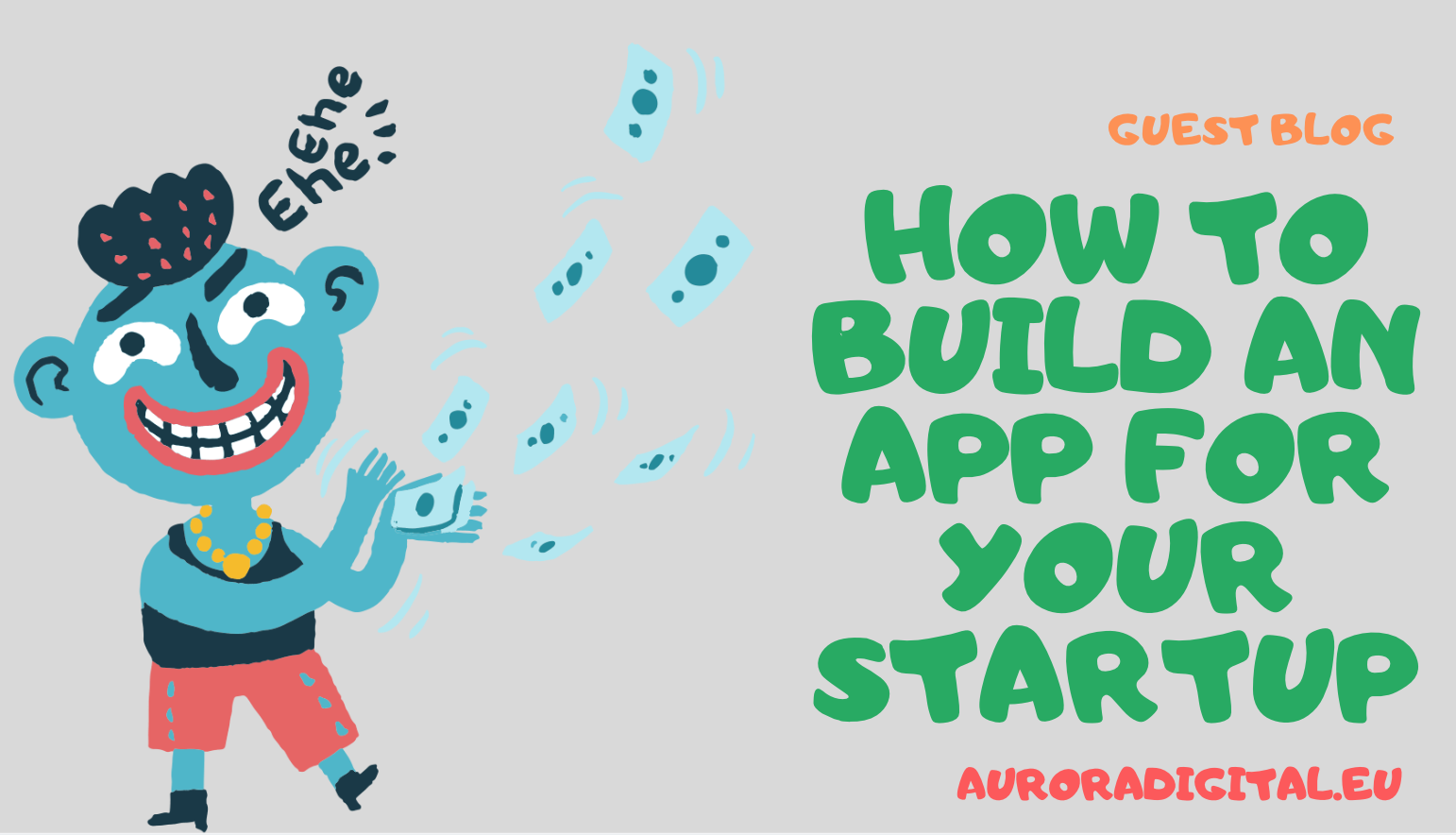 How to build an app startup

Are you building an app startup for the first time? Then surely you have a lot of questions. In this article I will share my knowledge on how to pick an idea, select a partner and market the app.

Having been involved in several software (both app and more traditional) projects I have met with a wide array of people who were in your shoes right now. They are usually entrepreneurs who are looking to turn their knowledge, in a perhaps less digitized industry into a service that’s facilitated through an app.

So,  you have an idea, but how do you get started?

The first thing you should do is to try to write down your idea with as many details as possible. An easy way to do so can be done through what is commonly referred to as “user stories”. User stories are great as they allow both technical and non-technical people to understand a feature. These stories often take the shape of “As a < type of user >, I want < some goal > so that < some reason >”. For example, one user story from the app Uber could be: “As a user, I want to see nearby free taxis so that I know there are available taxis now”.

Most apps can be described with 10-30 user stories, and these user stories would also allow you to evaluate each feature individually, so that you could create a priority list and figure out the level of importance of each feature. Based on this evaluation, you can figure out the most important features for your success as well as the least important ones which could be removed to save time and money.

How do I know if the app will succeed or not?

Knowing whether an app will succeed or not is impossible to say. However, there are a few things you want to think about, for example:

• Are there any competitors?

• Do you know any potential customers?

• Do I have at least a couple of skills that would increase the app’s chances for success?

If you don’t know about any competitors, and you also don’t personally know any potential customers, it might be the case that you’re building a completely new kind of service. While this might sound lucrative (hey no competition is good right?) you have to realize your app startup will be just as much of an experiment in “Can I create a market for this app?”.

The sweet spot in my experience are people who have analyzed an existing app using their expertise in the field, discovered there’s room for improvement and had a clear understanding in who their customers are. These people are called UX designers and are an important part of any product design process of an app. Having those points figured out helps immensely in developing an app startup as both you and your developers will be able to refine the idea to the point where it fits  your target customer. It will also be beneficial for your marketing efforts in the strive to reach your potential customers.

How do I build it? Do I outsource the development or build a team?

Knowing whether or not to find a technical partner to develop your app or to set up an in house team depends a lot on your current situation. Setting up your own team is often a great idea, however, that comes at great costs. Having in-house employees is costly. Additionally, you’ll have to pay far more than their salary. You’ll have to pay for office space, insurance, employee benefits, shares in the company. Importantly, the higher the quality of the developers you’re looking to attract, the higher the cost will be as well

For brand new startups going for seed funding, I’d suggest to keep the team small and try to get your idea proven as fast as possible. Partnering up with a digital agency will be the path of least resistance as you’ll be able to create a great initial version at a lower cost, built by a qualified team that usually has a diverse skill set. But, there are a few things I suggest that you should ensure they include in your agreement.

• That they provide an adequate guarantee period, (I’d recommend 1-3 months)

• That they are willing to work with you. Ask for regular meetings to discuss the progress!

• What kind of support they can offer during the launch of the app & post launch.

We at Dreamify always offer our clients free initial consultation where we go over the project and help our customers refine their ideas, both from the technical point of view as well as the commercial perspective.

How do I get users to my app?

Your primary measurement of success will be the amount of users you’ll be able to get onboard. While doing this through marketing tend to be quite costly for bootstrapping entrepreneurs, there are many marketing tactics that are not too expensive. One great example of a successful non-technical entrepreneur who founded an app startup and eventually, got a huge amount of users is the story of Plann:an app that helps people schedule upcoming posts for Instagram. During the development of Plann, Christy Laurence – the founder of Plann would spend her time directly contacting potential customers and getting them excited about her app. By doing such a simple, yet effective method, Christy managed to build a strong pipeline of excited customers who were hyped for her upcoming launch.

Focusing on finding and selling to customers while your digital partner is building the app is a great use of your time and in the case of Christy, she was able to generate over 10.000$ in her first week on the app store because she had acquired users ready to sign up on day one.

Building an app startup is a lot of fun, but it’s also a lot of work and requires some creativity on your part. Understand that having an app on its own won’t create success. The app itself is a storefront that allows you to provide some services, but if what you provide is good, and you’re able to get the users for it, you’ll be able to build your business up. Also, remember that the initial version is rarely the version that you’ll stick with. This will most likely be the version that you get to test, but you need to adapt your business model to your users according to your test results.

It doesn’t matter if you want to partner up with a company or build your own team. It all depends on your circumstances, but if you’re looking to talk about your ideas, hit us up! We are good listeners. 😀